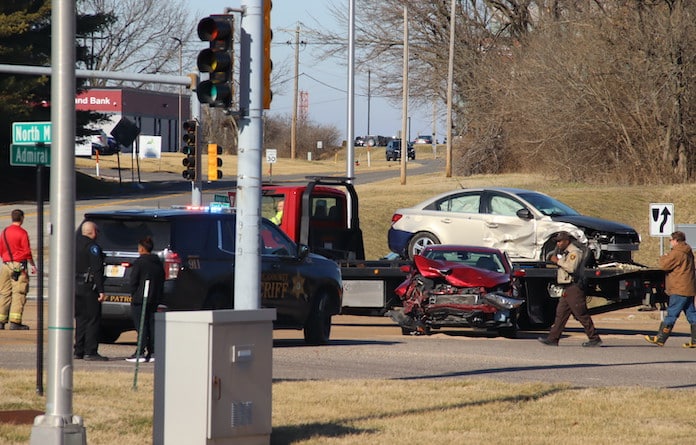 Emergency personnel responded about 11:15 a.m. Tuesday to a two-vehicle crash with possible injury on Route 3 at North Main Street in Columbia.

Check for more information as it becomes available.

Columbia Police Chief Jason Donjon said he is working with the Illinois Department of Transportation and city officials to install a flashing yellow left turn arrow light at this intersection, among instituting other changes.