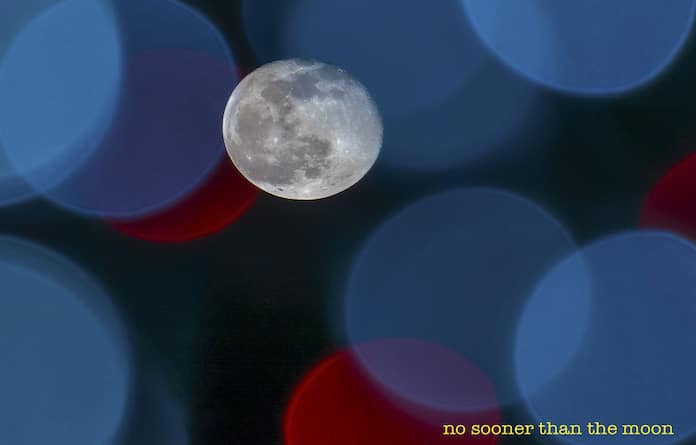 “No Sooner Than the Moon” is the title of the third official release by St. Louis area band The Trophy Mules. An all-ages album release show to celebrate this long-awaited effort takes place Sunday afternoon, Nov. 27, at Off Broadway in St. Louis. For tickets, click here.

To stream the songs from this new album, click here.

The principal singer-songwriter of The Trophy Mules is none other than Republic-Times editor Corey Saathoff of Columbia. The band has performed in Monroe County on multiple occasions in recent years.

Since their last album, 2016’s “Sunset Collapse,” The Trophy Mules have persevered through numerous personnel changes and a health issue in addition to the COVID pandemic that crippled the live music scene all over and led to the demise of many bands.

Saathoff remains the only original member of The Trophy Mules, which have been around since 2009. The only other member that played on the last Trophy Mules recording is pedal steel wizard Scott Swartz, who recorded, mixed and engineered “No Sooner Than the Moon” at his home studio known as Filament Glow Recording in Chesterfield, Mo., over the past few years.

While all the members of The Trophy Mules have busy non-musical careers and families, they still find time to make music.

Not long after “Sunset Collapse” was released, Saathoff started to experience trouble singing to the point that his voice was basically reduced to a whisper. It took many visits to doctors and specialists to finally find out the cause – a combination of silent heartburn, esophageal issues and muscle tension dysphonia. Once this was diagnosed, there was a long road before Saathoff could start singing somewhat like himself again.

“No Sooner Than the Moon” features 12 original tracks – nine written by Saathoff and three by the keyboardist/guitarist Josh Kean. It’s a departure from the band’s previous efforts, which were much more rooted in the Americana-country-folk-rock vein.

This latest release incorporates lush cosmic and psychedelic sounds with an air of melancholy at times, and there’s vocals with echo, reverb, delay and other effects that give off spacey, ghostly vibes. Song lyrics on “No Sooner Than the Moon” range from themes of everyday life issues to relationships, mental and physical health, politics and nature.

The Trophy Mules released the 10-song album “Sorry Motel” in 2013, followed by the six-song “Sunset Collapse” in 2016. Both are available on iTunes, Amazon, Spotify and Bandcamp and at select St. Louis record stores. KDHX 88.1 FM in St. Louis has played several of the band’s officially released songs.

Prior to forming The Trophy Mules, Saathoff fronted St. Louis acts Jerkwater Junction and Brain Regiment. In addition to Saathoff, Swartz and Kean, the band consists of Jerrod Gordon on bass and Simon Drew on drums.

For more information on The Trophy Mules, click here or email ampedonpop@yahoo.com.