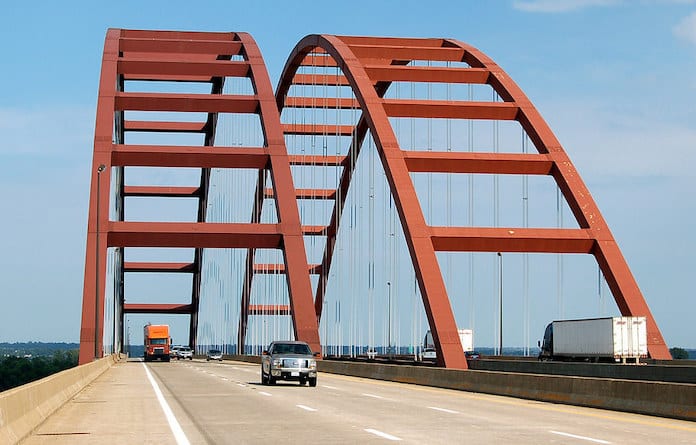 Drivers who use Interstate 255 to cross the Jefferson Barracks Bridge between Illinois and Missouri should be aware of some upcoming changes as crews move traffic back to the westbound bridge this weekend.

This work was scheduled to take place Saturday but was pushed toSunday due to the potential for rain.

From Monday, Dec. 12, through Friday, Dec. 16, crews will close one lane on westbound I-255 between 7 p.m. and 5 a.m. each night to remove the temporary barrier wall and re-stripe the roadway. Only one westbound lane will be open during that time. All work is weather permitting.

One lane in each direction will remain closed eastbound and westbound for the remainder of December as crews work underneath both bridges. Drivers can also expect daily lane closures in each direction through April during non-rush period hours.

Currently, the plan is to shift westbound I-255 traffic to the eastbound bridge on April 1, 2023.  This shift will allow crews to complete the work needed on the westbound bridge.  The ramp from westbound I-255 to Koch Road will also close at that time.  More details will be released when they become available.