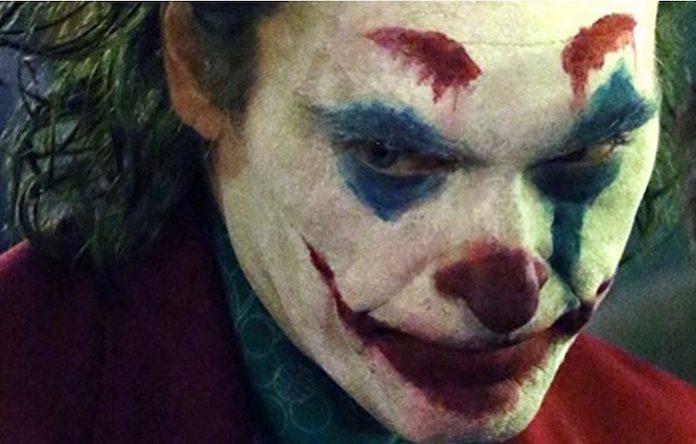 Anyone who has been paying attention to movie news in the last few weeks knows “Joker,” the latest comic book movie, has been surrounded by controversy. Between divisive comments by its director, the families of mass shooting victims expressing concern and worries by early viewers the film could incite violence, it may come as no surprise that many theater chains have banned patrons dressing in costume for the film. Indeed, at the showing I saw there were two uniformed police officers periodically checking in on the theaters showing the film.

This film is not worth all the hubbub, if only because it is not that interesting or complicated.

Set in Gotham City circa 1970s-1980s, the film serves as an origin story for the titular Clown Prince of Crime (played here by Joaquin Phoenix). Before taking up that mantle, this Joker is Arthur Fleck, a mentally ill man who society has ignored. As his life goes from bad to worse, it’s clear it’s only a matter of time before Arthur snaps.

Much of the hype surrounding the film centered on Phoenix’s performance, and it is as outstanding as advertised. He makes the character both a monster and someone the audience can have sympathy for by showing us the psychological trauma he has endured and its impact on him. That gives us an understanding of why he would do the things he does without ever making him too pitiable. His laugh, too, deserves special mention for having a matchlessness to it mixed with a disturbing, racking crying.

Director Todd Phillips (known for “The Hangover” franchise) also deserves credit for making Joker a truly scary character. There are numerous scenes in the film where the audience is on edge about how Phoenix’s character is going to respond to the latest provocation. It is genuinely suspenseful, thanks in large part to how Phillips directs the scenes.

The unnerving score from Hildur Guðnadóttir and excellent cinematography from Lawrence Sher also aid him in that effort. Those elements combine in several scenes to make the film feel menacing, grimy, dingy and suspenseful. They also add a few moments of striking beauty – though Phillips does overuse the score.

It’s a shame all that good work is in this movie. The film, with a screenplay by Phillips and Scott Silver, wants to have it both ways with how the audience perceives Fleck’s character, making it an unaffecting and confused affair. It wants moviegoers to empathize with this person who has been beaten down by life and forgotten by society, while simultaneously abhorring his heinous response to that. But the film does not have those depths.

The filmmakers will give us one scene of the latest indignity Fleck has suffered, then in the next scene show us he responds via some atrocious act of violence. But the movie does not seem to be juxtaposing these contradictory ideas or exploring some sort of gray area, as the camera work and music seem to idolize Fleck in a borderline worshiping way.

It seems like the filmmakers cannot wait for Joker to come out, taking his revenge on a system that has so mistreated him. That stands in direct opposition, however, to any ideas explored in other scenes that attempt to examine the appropriateness of this response or how Fleck is really a victim. Some minor changes to the camera and score could have made these scenes – which become particularly egregiously muddled in the climax – so much more ambiguous and interesting.

“Joker” also suffers from being extremely self-serious (though not as much as previous DC Comics movies). It clearly considers itself an Important Movie ­– capital letters intended – as it strains to make viewers appreciate how dark, gritty and new it is.

It does go to some dark and intriguing places, but it is far from revelatory. It owes too much in its beats, style and thematic concerns (more ineptly handled here) to Martin Scorsese landmarks like “Taxi Driver” and ‘70s crime dramas to feel that new. It is conventionally unconventional, and, as such, it is weighed down a pretentious self-importance that almost becomes laughable.

In short, “Joker” is an OK movie. I hope it is successful if only so future comic book movies can continue to evolve and take more risks. I just hope those films are better than this one. I give it 2.5 out of 5 stars.