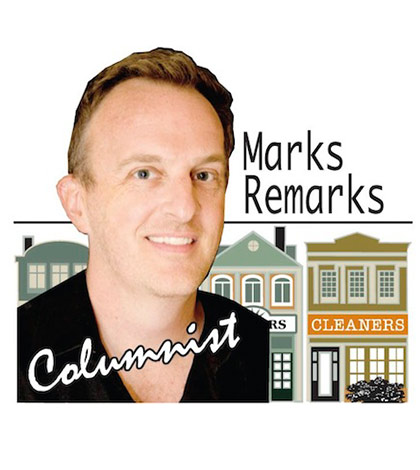 Seemingly overnight, I needed glasses. I didn’t see it coming.  It crept upon me like a thief.

I already knew what a pain in the neck glasses were. My oldest son had them at age 2. He would take them off in strange places and stow them away.

Once, when I asked him where his glasses were, he kept saying “motorcycle.” I contained my anger. I mean, how could you get mad at an innocent 2-year-old? Finally, I walked out into the yard and opened the little seat on the toy motorcycle he often rode around on the sidewalk. Indeed, the glasses were in the motorcycle.

So, off I went to get my eyes checked. I needed just a low-strength prescription. The glasses were ugly.

I still contend that glasses are a bit of a scam.  The more I wore them, the more I realized I needed them. Furthermore, after I had already ordered and paid for my glasses, the nurse at the clinic informed me I could have probably gotten by with buying the cheap “readers” at the dollar store.  Thanks for the information, I told her.

My entire life changed.  Since I wasn’t used to them, I would leave them at home and not be able to do small tasks. I would ask my kids to read things to me. I would hold things far away from me and walk over to get better light.

I did indeed go to the dollar store and buy about three pairs of the cheap “readers.” Guess what? I liked them better and thought they looked nicer.

Yes, I’ve gotten into a whole new realm of my life. I have become the funny, quirky person who forgets his glasses are on his head.

Once, when I was taking care of various projects around the house, I had on a pair, a pair was on top of my head, and there was a pair hanging on the front of my shirt.

My sister-in-law cuts my hair, so I won’t give her too much grief. One day, after paying my bill, I rushed back into the salon to retrieve my glasses.  In a tone reserved for small children and people who need lots of assistance, she said “Oh honey, they are on your head.”  I noted the pity and amusement in her voice.  “Just wait,” I said.

The oldest son no longer wears glasses. He has “grown out” of the eye problems of his toddler-hood. We no longer fret or worry about him losing his glasses.

One of the other kids recently asked me if I would someday “grow out of” my eye problems.  I wonder.

I continued to misplace my “readers,” even after I put my prescription glasses in a strategic place, kept a pair at school and a pair on my person most of the time.

So, my latest idea was to find readers in bulk. I ordered about 12 pairs for a fraction of the cost of buying individual pairs for $6 at the dollar store.  Buying in bulk was the way to go.

I received my package one day and opened it as if it were Christmas morning.  Would you believe there were several pairs in the box? And two different colors; no fooling. Some had a brown tint and some had a black tint. Cheap. Plentiful. Dare I say a bit stylish.

I decided to go out into the sleet the other night and plug the Christmas lights into a timer.  The directions for the timer were on the back. The porch light was off. It was dark. The weather was fierce.

I guess I should have put a pair under the welcome mat or in a flower pot.