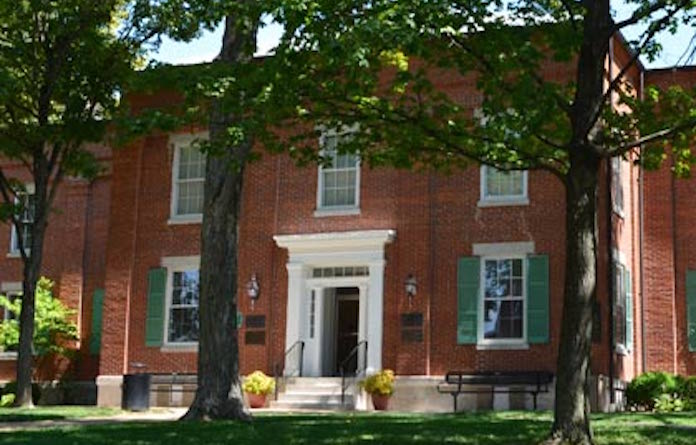 The Monroe County Board held its final review of the county budget for fiscal year 2022 on Monday.

Overall, Monroe County’s financial position is much different beginning entering the fiscal year that begins Dec. 1 than it was last year due to the COVID-19 pandemic and its effect on the local economy.

Part of the reason for the increase in the fund balance is nearly a $1 million surplus of revenue from budget expectations both years along with about $300,000 less in expected expenses for both fiscal years.

Monroe County Treasurer Kevin Koenigstein gave a few reasons for the increase in revenue. First of all, the amount of income generated from the county-wide .25 percent sales increased over 20 percent from FY2020 to FY2021 final amounts at $895,146 and $1,096,525, respectively.

Koenigstein pointed out that the fund had a decrease of less than 1 percent from FY2019 to FY2020 due to COVID-19.

He credited the recent increase to a combination of inflation on retail goods and gas prices as well as people shopping locally, calling it a “tremendous sales tax increase.”

He also explained that “little things that add up” also contributed to the increase. For instance, the general rise in property value increases throughout the county resulted in an increase in recording fees – which are based on a property’s sale price – collected through the county clerk’s office.

Koenigstein told the Republic-Times the “revenue far exceeded what was budgeted” because no one knew what to expect when the FY2021 budget was being prepared last fall.

He said everyone was in “pandemic mode” when business was still slow and people were unsure whether things would start to open back up or if the state was headed for another lockdown.

With the introduction of a COVID vaccine in late 2020, the former occurred, leading to a resurgence of local commerce and more revenue from a “heavily attended” Monroe County Fair, Koenigstein added.

Koenigstein and Elizabeth Smith-Thomas of the treasurer’s office also told commissioners the final budget numbers will be adjusted after the last November bills are paid and income is processed at the end of the month and fiscal year, Nov. 30, most of the budget will be unchanged when approved Friday morning.

The budget will still be balanced, with projected revenue for the next fiscal year expected to be $9,617,330.

The county will levy around 3 percent more in taxes based on the Property Tax Extension Law Limit inflation rate of 1.4 percent and expected growth of 1.2-1.5 percent.

Koenigstein noted the exact growth rate will not be determined until assessments are issued in the spring, at which time the numbers will be adjusted accordingly. He estimated the actual levy increase will be closer to 2.75 percent but the number is generally rounded up since the budget could not be amended to ask for a higher levy once approved if the growth rate was found to be higher than expected.

The largest expense item, as with previous budgets, is for the Monroe County Sheriff’s Department. A majority of the budget request for this department is to pay employees, including deputies, telecommunicators and other staff salaries.

Monroe County Sheriff Neal Rohlfing told the Republic-Times that contract negotiations are currently ongoing, but his department should know the percentage of salary increase by January 2022.

At a budget hearing Nov. 9, Rohlfing instructed those involved to remove proposed increases to MCSD uniform allowance and holiday pay line items as the increases will not be needed in the upcoming year.

The decrease in budget request amounts does not necessarily mean there will be less activity at a particular county department, though.

Part of the Nov. 9 budget meeting was spent with different department heads to clarify which items should be included in the budget in light of recently disbursed American Rescue Plan Act funds.

ARPA funds that have already been or will be disbursed will not be included in the county budget. The funds are kept in separate accounts and will only “pass through” the county’s ledgers when being used for ARPA-related expenses, projects or COVID-related reimbursements.

The commissioners are expected to approve the budget and levy taxes for FY2022 at a special meeting 11 a.m. Friday at the Monroe County Courthouse. The board will also elect a board chairman and vice-chair.

The final approved budget will be posted at the courthouse and a preliminary budget is currently available on the Monroe County website.