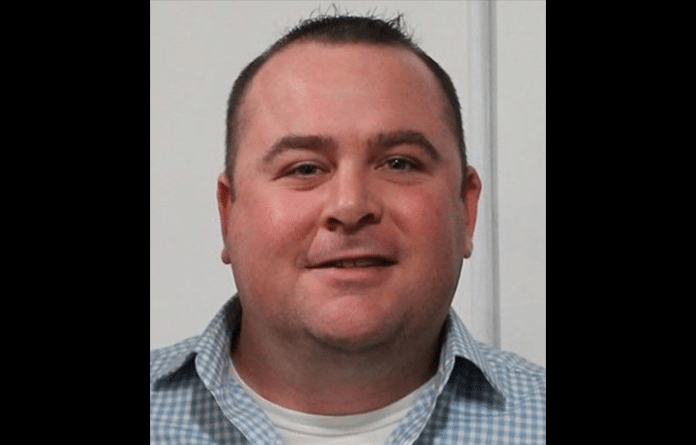 Justin Biggs, a current sergeant with the Monroe County Sheriff’s Department, spent most of his law enforcement career in neighboring St. Clair County.

Now, he hopes to return as that county’s sheriff.

From starting as a patrol deputy to building a once non-existent K9 unit to a five-member team and eventually to leading investigations, Biggs has experience in almost every realm of the St. Clair County Sheriff’s Department.

Biggs’ 12-year career with the St. Clair County Sheriff’s Department came to an end in 2018. It was something he didn’t expect would happen, but said dwindling manpower, lack of professionalism and other concerns made it so he felt he could not do his job as an investigator to the best of his ability.

At that time, a familiar face reached out to Biggs.

“When I left it was very tough because I didn’t expect to leave there,” Biggs said. “(Monroe County Sheriff Neal) Rohlfing and I worked  very closely when he worked for Fairview and when he was assigned to DEA, I was assigned to K9 at the time or one of the other specialty units, so we would always assist them. When I left, he asked if I would (be interested in Monroe County) because he knew who I was and he knew my background.”

Biggs has been working for the Monroe County Sheriff’s Department since, but as the June primary neared, many encouraged him to return to St. Clair County.

One of these people was a member of the St. Clair County Republicans, party chairwoman Cheryl Mathews said.

“I’m not running for political gain. I’m running because I’m concerned,” said Biggs, a Millstadt resident. “I have a son still in high school and I have grandbabies to where I’m afraid of what will happen if somebody doesn’t step in and try to make a change; I’m afraid of what St. Clair County will come to.”

Biggs said he is running on the Republican ticket because he believes the party has supported law enforcement the best. While this means he will be unopposed in the primaries, he will be up against incumbent sheriff Richard Watson, a Democrat, come November.

“I will say this, when I worked for Sheriff Watson, he treated me with respect. But I think there’s a time where you just have to say ‘I’ve done my part and now I have to hand it off to someone who is younger and who has ways to communicate with our communities, especially our younger generation. I respect him, but I think it’s just time for a different direction, different leadership.”

Biggs said he hopes to improve the staffing shortage that played a role in him leaving the department years ago. He said this can be done through re-evaluating the budget and cutting unnecessary expenditures to invest in boosting manpower and other resources, such as equipment.

“I want the men and women to understand and know that I will support them and back them 100 percent,” Biggs said. “I think it’s time for a younger sheriff that is eager to work, put on the uniform and help out.”

Biggs said he wishes to support all citizens, from helping lead those with drug offenses to a sober lifestyle in St. Clair County Drug Court – he even said he’s exploring ideas to help repeat offenders build skills for their resumes – to being there for victims of violent crimes from the beginning of the investigation through the judicial process.

“I also want to provide more support for our victims and our victims’ families,” Biggs said. “That’s something I’m still looking into, but I want to provide some type of support for victims where … we provide them more assistance during the time of the trial or whatnot. That’s very important to me because as an investigator, I always try to treat the cases as if it were me or my family.”

Perhaps his biggest goal, though, is to build a positive relationship between law enforcement and the community, whether it be through proactive policing or being involved in events outside work hours.

Mathews said the latter is something Biggs is already known for in the community, as he is the co-founder of the Millstadt Xplosion youth baseball and softball league, past president of the Belleville West sports booster program and more.

“He puts the personal face (on law enforcement) through these organizations he’s involved with,” Mathews said, adding she believes this will make all the difference in showing St. Clair good community-law enforcement relations.

Biggs said he is looking forward to further getting to know the people of St. Clair County.

“I’m wanting to get out and do more work,” he said. “I want to be seen. I want to be out in communities.”